This post may contain affiliate links from which I will earn a commission. Learn more in our disclosure.
22.8Kshares
Jump to Recipe Print Recipe 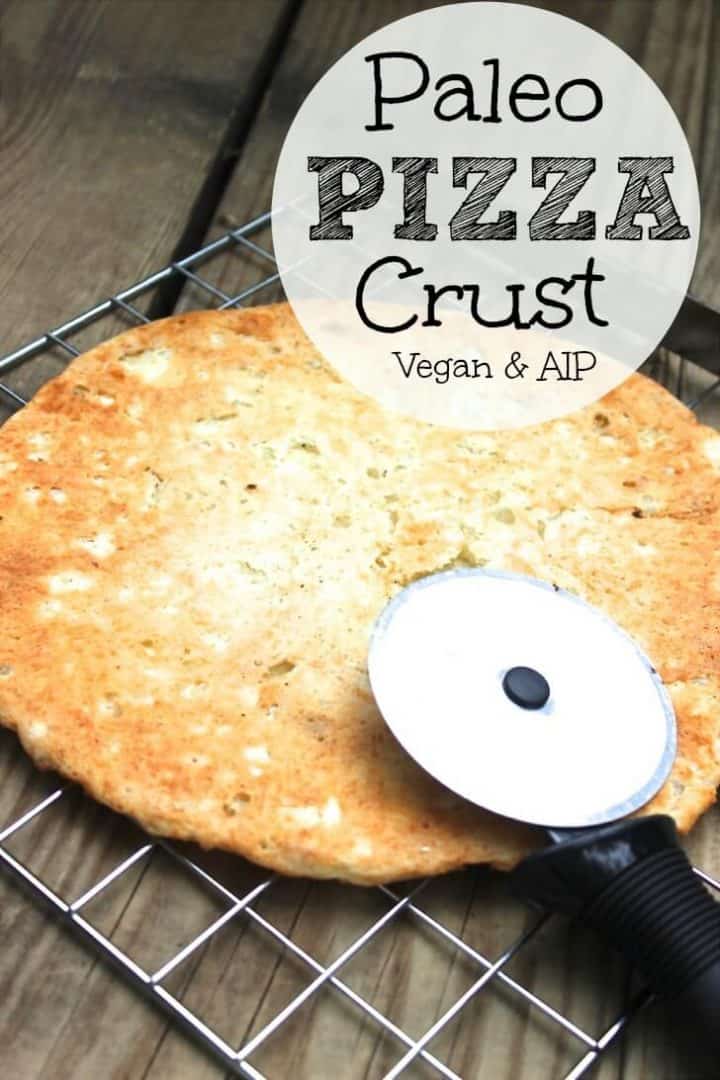 Our family has been eating more and more grain free, and so I have loved the grain-free taco shells and grain-free tortillas that Jennifer shared with us recently.

But today, I have another amazing grain-free recipe to share with you today --PIZZA!

Even though the modern pizza originated in Italy, it's considered to be a real American staple.

And boy do we love it in our home. 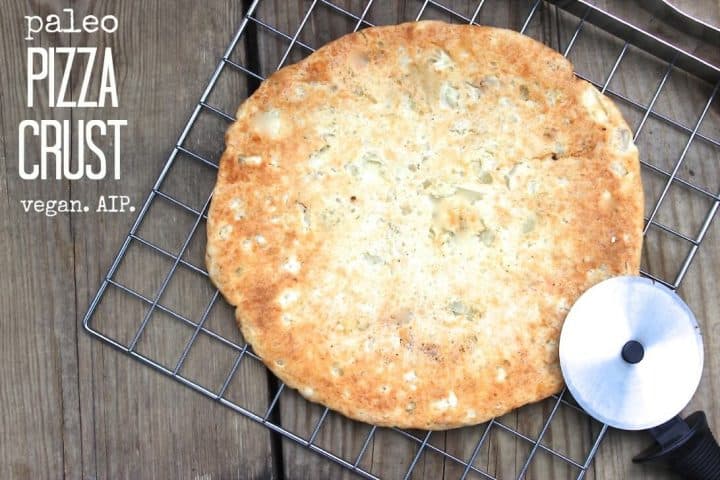 But now that we've all gone on special diets it's hard to find a crust that will work for us.

My family went gluten-free a number of years ago--well, really first my oldest went gluten-free following a diagnosis on the autistic spectrum.  (Many recommend a diet free of gluten and casein for autistic children and my son had already been dairy free from infancy due to a life-threatening dairy allergy).

Then I went pretty almost gluten-free in an attempt to manage adrenal fatigue, and so to make it more simple (plus I was getting concerned about the problems associated with gluten) I put the others in our family on a mostly gluten-free diet as well, but it wasn't until recently that we went heavily gluten-free.  As in, the "no-more-cheating-with-samples-at-Costco-gluten-free-diet."

I'll fill you in on more about they whys later, but suffice it to say that I think that gluten isn't a friend of many people these days.

And now, 2 of us have gone grain-free.  At least for awhile.

I have to tell you - the pizza thing has been huge.  Hard to give it up.

Especially for my husband. He LOVES pizza.

I remember years ago when I had gone off wheat and we found out that he had lactose intolerance, we would go to an outing where they were serving pizza and we'd split the pieces of pizza.

It was pretty ridiculous :).

The Search for a Paleo Pizza Crust

Fast forward to now as we are, like I said, going more and more grain-free.

I've been eyeing so many grain-free pizza crusts on the internet, but most of them are loaded with eggs and such.

This one, from Jennifer at Predominantly Paleo, is different.

Today, she's graciously given me permission to share her Grain-Free Pizza Crust today.  And boy does it look amazing.

Now I've been on a pretty low-carb diet due to candida issues but I am leaning more in the direction of adding more carbs and eating fewer grains, so this paleo pizza crust fits right in.

In fact, I ran to the store recently and bought some yuca - and now guess I just pulled out of my oven? -

It tastes ahmaaazing!  My youngest says it tastes cheesy and he's right.

Here he is about to sink his teeth into the crust (which is basically GONE already--I didn't even get to put toppings on it! )... 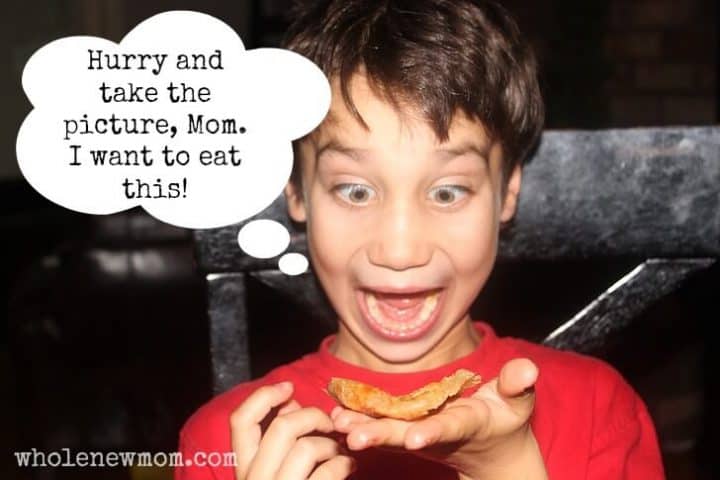 I was a goof and didn't follow instructions (didn't use the parchment paper...always trying to cut corners - sigh) and it stuck to the pan when I was trying to flip it, but it's great!!

And here are both of my boys.  Thrilled at what deliciousness we can create in the kitchen even on uber special diets! 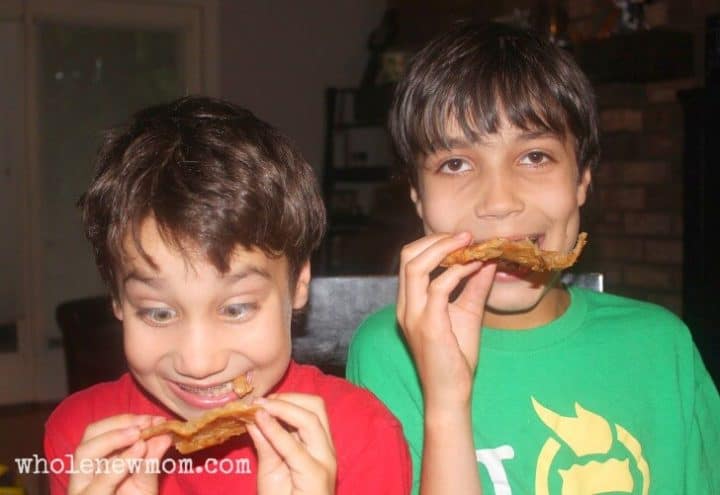 UPDATE:  Just 3 hours after this post went live, the whole crust was GONE (basically demolished by the youngest and myself) and the Little Guy was running around trying to find my other lost yuca so I could make another batch!  It's that good! 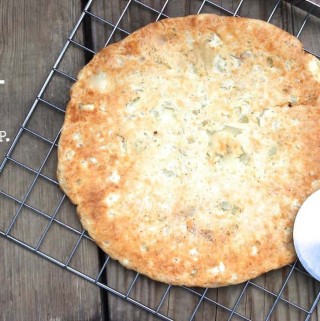 Nutritional information is provided as a courtesy and is merely an approximation. Optional ingredients are not included and when there is an alternative, the primary ingredient is typically used. We cannot guarantee the accuracy of the nutritional information given for any recipe on this site. Erythritol carbs are not included in carb counts since they have been shown not to impact blood sugar.

Jennifer has just loads of great recipes that you will for sure want to check out.

I don't know about YOU, but I am off to the store to get MORE YUCA!  Which, in case you were wondering, is in the ethnic section of the produce department.

I found it at a local market.  But I did get the last 2 yucas!  Hope they have more in stock asap :).

What do you think? Have you tried a grain-free pizza crust before?

Photo Credits - Jennifer Robins
22.8Kshares
Thanks for subscribing! Please check your inbox for an email from me! 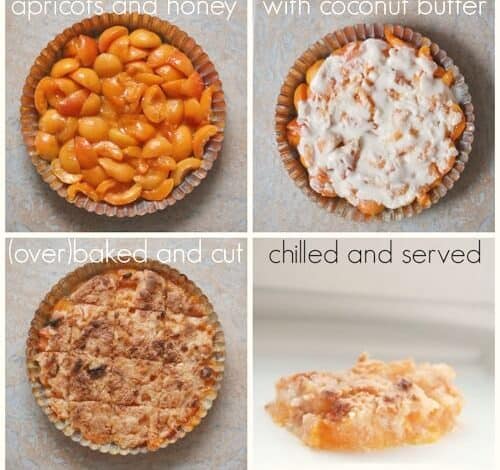 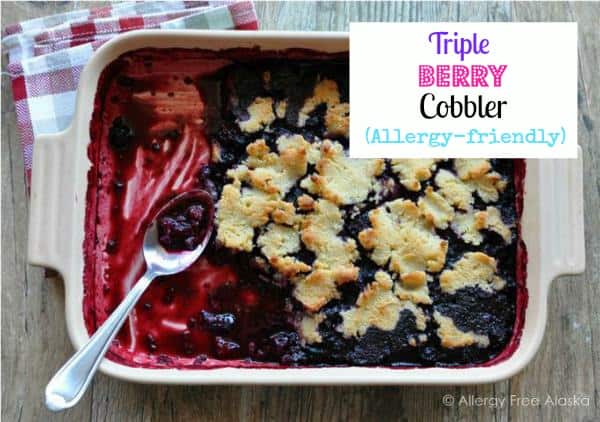 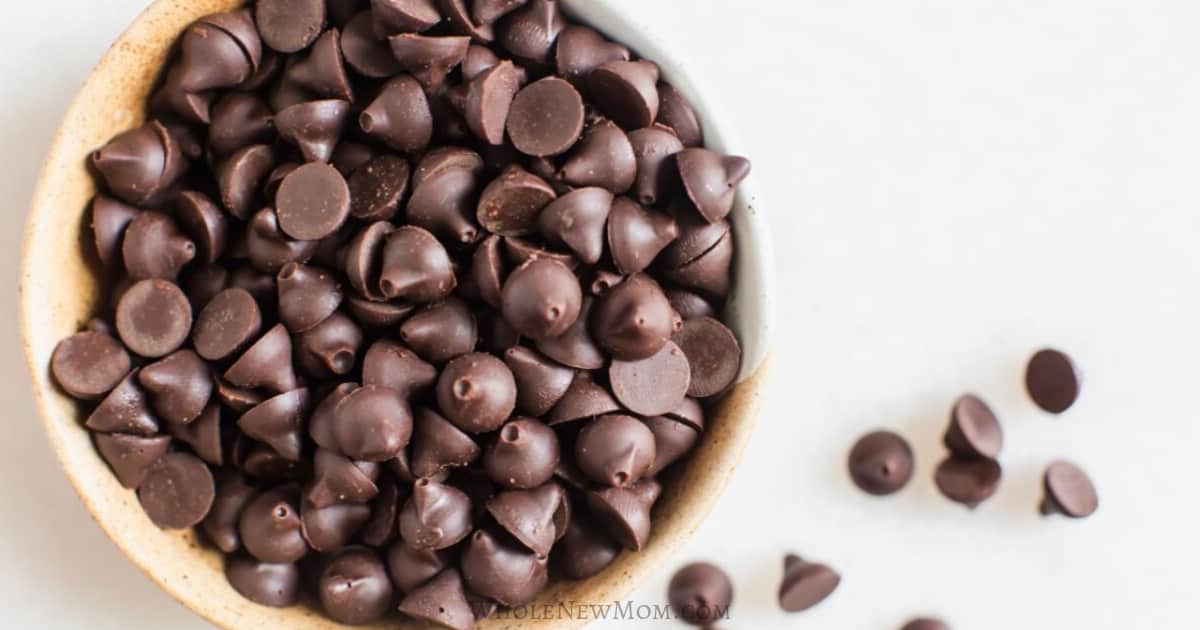 Previous Post: « 5 Reasons You're NOT Losing Weight
Next Post: Is Stevia a Danger to Your Health? The TRUTH Comes Out »