Home » Life Hacks » Baking with Honey and Maple Syrup: How to Substitute Sweeteners

This post may contain affiliate links from which I will earn a commission. Learn more in our disclosure.
40.7K shares
Jump to Recipe Print Recipe

Changing sweeteners for a recipe can be challenging! If you are wondering about baking with honey or baking with maple syrup instead of sugar in a recipe, you have come to the right place.

Here are some handy dandy tips to make your baked goods and more turn out right! 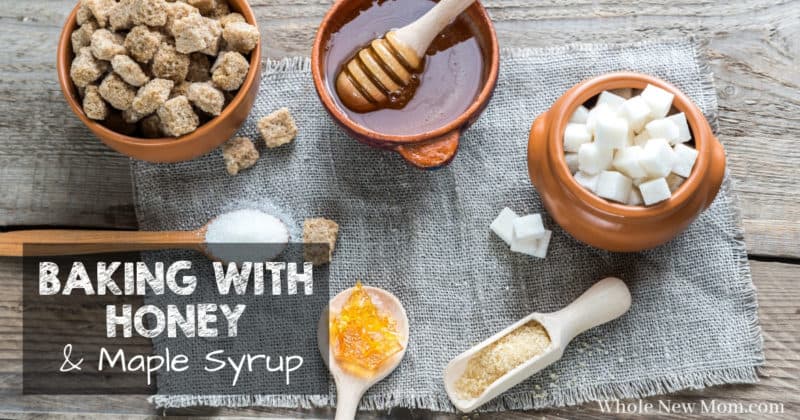 There are several reasons that you might want to change up the sweeteners that you are using for a recipe.

One is that you ran out of the sweetener that you needed.

The second is that you are using sugar substitutes for health reasons.

Starting to Use Healthier Sweeteners

One of the ways that our family started moving towards more whole foods was to move away from white sugar and start baking with honey, sucanat, and other sweeteners.

Now, instead of making my Homemade Jello, Homemade Chocolate Chips, and Gluten Free Cupcakes with granulated sugar, I moved to other, more wholesome sweeteners.

If you've been wondering about baking with honey or baking with maple syrup,  or what to do about substituting sugar in your baked goods or other sweet (or not-so-sweet) dishes, then this post should help.

One of my pet peeves (and probably yours too) is running out of something when you are in the middle of the recipe.

And one of my best time and money-saving cooking and baking tips is learning how to substitute one thing for another.

That way you're not running out to the store at the last minute because you ran out of something.  You spend extra time (a lot), extra money on gas, more money than usual because you are making a last minute purchase, plus you might end up buying other things that you don't need, which really add up.

You know how it goes - you're making a dessert that calls for honey and all you have is a granulated sweetener, or vice versa.

About an hour later (at the earliest), you're back home ready to move on with your recipe, but you're wiped out now and really don't feel like finishing anything anyways.

Well, one of the easiest things to substitute in recipes is sweeteners.

I once even worked in an ice cream parlor.

I basically would come home and tell my mother that I wouldn't be needing dinner because I was full from sampling anything and everything (yes we were allowed to do that).

Anyway, I don't bake quite as much these days, but I still enjoy making whole grain (or non grain) treats (like Chocolate Chia Pudding or Berry Mousse) that require some sweetening.

And I know that a lot of my readers are using traditional sweeteners (hopefully the healthier options of honey, maple syrup, sucanat, and the like) and that these substitution and baking tips would be useful for you.

So when you need to substitute a liquid for a granulated sweetener, how do you do that quickly and easily?

Mainly, you just need to make up for, or take away from, the liquid part of the liquid sweetener, when adding it to a recipe, and adjust a little for the different sweetness of the sweeteners you are substituting.

Now of course, if the recipe we are talking about is a dish with very little sweetener (like my Focaccia Flax Bread), then it really doesn't matter.  Just substitute one sweetener for another and don't worry about it.

I love forgiving recipes, don't you :-)?

However, when you are dealing with a sweet baked good, then things get more complicated.

Here's how to make a sugar substitute in baking and have the result turn out well.

Here are some other great posts to help you make easy substitutions in the kitchen. 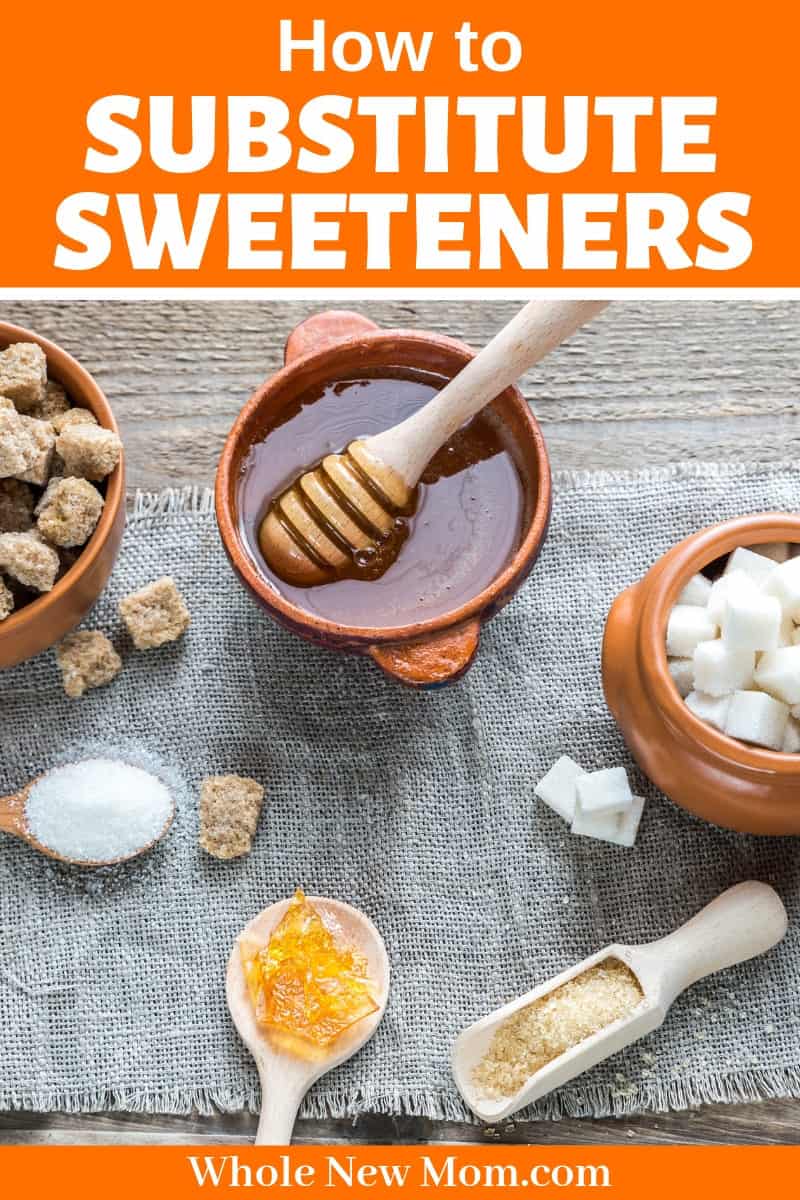 These tips are super helpful if you run out of the sweetener, but also if you are trying out a new recipe and want to use the least expensive sweetener that I have.  Then if the recipe isn't a winner, I've spent less money on it than I would have otherwise.

Hope these tips are helpful for you as well!

What sweetener do you most use in your home? 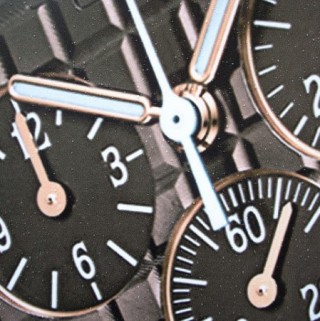 Saving Time in the Kitchen - With (or Without) a Newborn 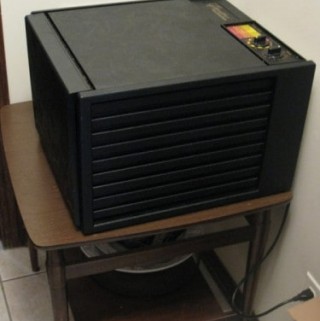 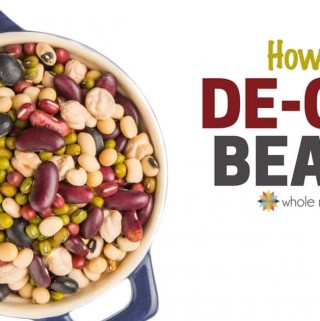 How to De-Gas Beans