This post may contain affiliate links from which I will earn a commission. Learn more in our disclosure.
92 shares 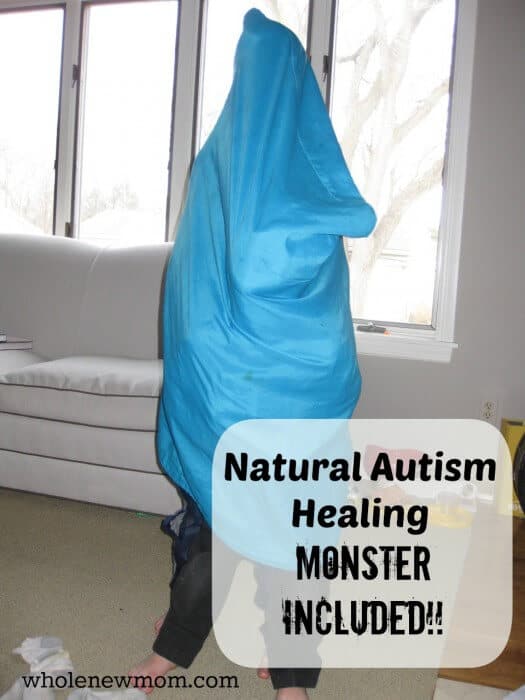 When dealing with symptoms of autism (as with all special needs), it's harder.

But we are still a family.

We still love each other.

We still have fun.

Here is a story of autism, family, love and fun.  And healing.

It was a typical day.  I was busy doing things that were on "my agenda."  The boys had done some homeschooling, but they were goofing around again.  You know -- the way things typically go with boys and more so with one on the spectrum who has a hard time staying on task (though I must admit that sometimes it is my neuro-typical one who isn't "on task" :-)!)

Usually I hear the goofing around and I say in a not-as-gentle-as-it-should-be tone, "Come on...have you done your _________  (fill in the blank with the task, chore or school subject that I assume hasn't been done) yet?"

But this day, something seemed different, so I decided to really listen to what was being said, or rather, er -- sung.

Then I went in the other room and saw it.  Them.  And laughed.

Here were my two boys, snug like two bugs in a  --

laundry bag :-).  Stomping around and chanting --

I saw it.  And relished in it.

My sons pretending together.

I stopped what I was doing, smiled and grabbed my camera.  (Here's the monster on the floor :-)!) 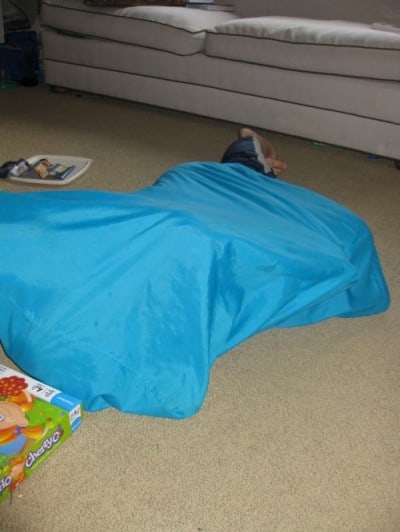 This playtime might seem like a small thing, but there are 2 reasons that this was really "big" for me:

1.  My son's symptoms of autism (Asperger's Syndrome) are getting better.

One of the symptoms of autism or Asperger's Syndrome in children is that they do not pretend.

Everything is literal.  Black and white.

But that day, he was playing with his ultra-creative younger brother, and having a great time!

I am not sure what is helping, but the progress we have seen in our son's life is real

Well, whether it's his restricted diet, metal detox, growing up, or just a miracle from God, I'll take it.

2.  Interruptions can be a blessing.

I was interrupted, but it was great.  I could have gotten annoyed that they were goofing off, but instead I chose to relish the moment.

The playing - the chanting - the pretending.  Real progress.

Please, Lord, remind me of this moment of grace during his next panic attack.  I'm still learning.

How about you?
What Natural Supports for Autism have worked for you? 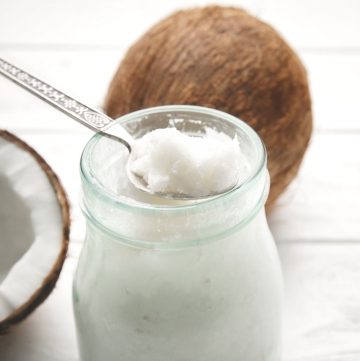 Oil Pulling--Amazing Benefits, How to, & My Experience 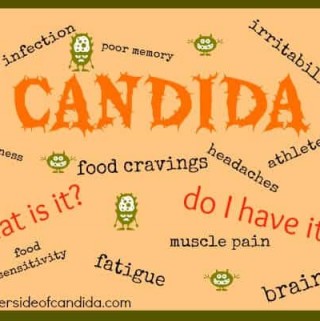 What Candida Is, How to Know if You Have It, and How to Ditch It 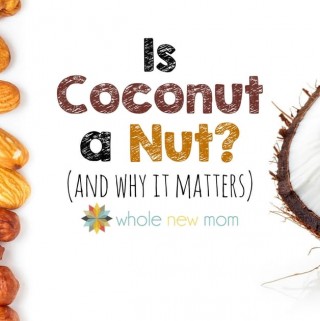 Is Coconut a Nut? And Why Does It Matter?