Home / Recipes / Adzuki Bean Shepherd’s Pie (with low-carb Topping)
This post may contain affiliate links from which I will earn a commission. Learn more in our disclosure.
123shares
Jump to Recipe Print Recipe 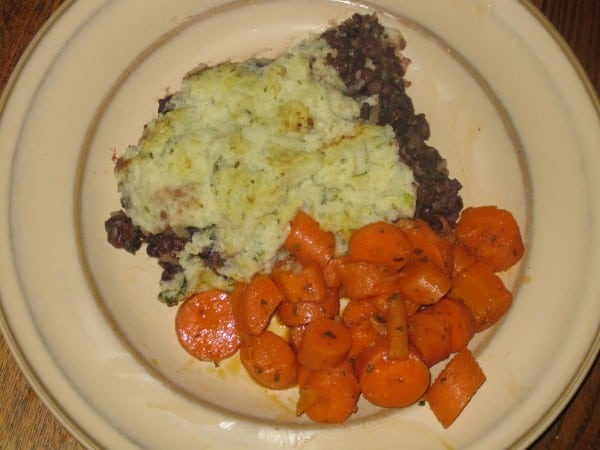 Putting Shepherd's Pie together with adzuki beans seems like…well…quite an odd combination, doesn't it?  In fact, it is, but the result is actually quite nice.  Nice also is a recipe and history lesson combination. 🙂

So before the recipe, here is a bit of “lore” about the pie and the beans involved.

The English tradition of meat pies dates back to the Middle ages. Game pie, pot pie and mutton pie were popular and served in pastry “coffyns.” These pies were cooked for hours in a slow oven, and topped with rich aspic jelly and other sweet spices. The eating of “hote [meat] pies” is mentioned in Piers Plowman, and English poem written in the 14th Century. (Cooking of the British Isles, Adrian Bailey, pages 156-7) The Elizabethans favored minced pies. “A typical Elizabethan recipe ran: Shred your meat (mutton or beef) and suet together fine. Season it with cloves, mace, pepper and some saffron, great raisins and prunes…” (Food and Drink in Britain: From the Stone Age to the 19th Century, C. Anne Wilson, page 273)

The key to dating Shepherd's pie is the introduction (and acceptance) of potatoes in England. Potatoes are a new world food. They were first introduced to Europe in 1520 by the Spanish. Potatoes did not appeal to the British palate until the 18th Century. (Foods America Gave the World, A. Hyatt Verrill, page 28). Shepherd's Pie, a dish of minced meat (usually lamb, when made with beef it is called “Cottage Pie”) topped with mashed potatoes was probably invented sometime in the 18th Century by frugal peasant housewives looking for creative ways to serve leftover meat to their families. It is generally agreed that it originated in the north of England and Scotland where there are large numbers of sheep–hence the name. The actual phrase “Shepherd's Pie” dates back to the 1870s, when mincing machines made the shredding of meat easy and popular.” (The Oxford Companion to Food, Alan Davidson, page 717). (From https://www.foodtimeline.org/foodpies.html)

The word, “adzuki” is actually a transliteration of the Japanese word for the same bean and in Japanese the word means “small bean.”  And they are small, which also means that they cook quickly.  They still need to be soaked before cooking, but in my pressure cooker, they cook in as little as 5 minutes.

In Japan, the beans are most typically mashed and mixed with a bit of sweetener and made into a soup base or thick paste that is the base of many traditional Japanese desserts.

And I'm an Irish/Japanese combination as well.  My father immigrated from Ireland in his 20's and I lived in Japan for a year following college graduation.  Now, I don't ever recall actually eating Shepherd's Pie either at home or when I actually visited family in Ireland, but I did consume my fair share of adzuki beans both while I was in Japan and after returning to the States.

This recipe is my remake of one from Whole Approach's recipe forum.  Since our family has been trying to reduce carbohydrates, the cauliflower-based topping is helpful in that respect, while still being delicious!  My kids always ask for lots of “the white stuff.”  You can, of course, also adapt this by substituting the same volume of beans with beef.  For now, enjoy this high-on-vegetables-low-on-cost option. 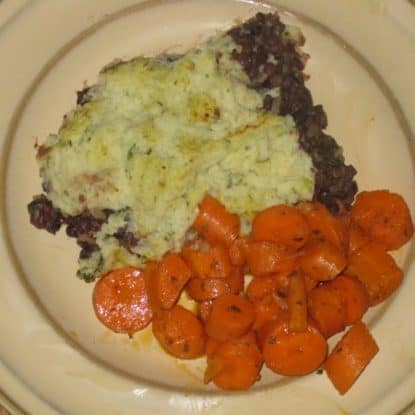 Pictured above served with Moroccan Carrots.

Leave a comment and let me know how this turned out for you.
123shares 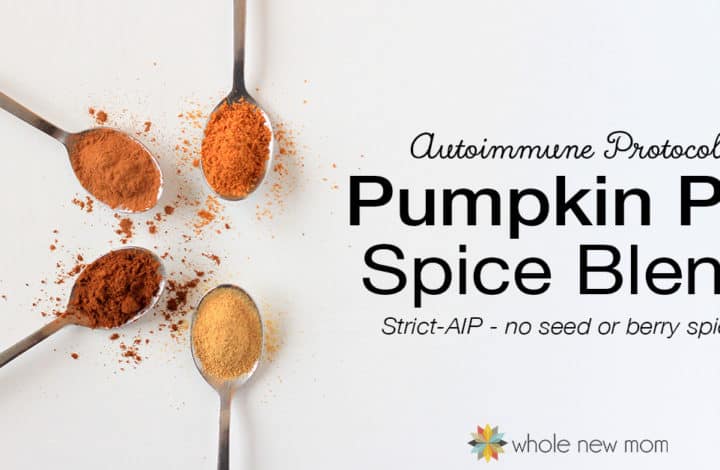 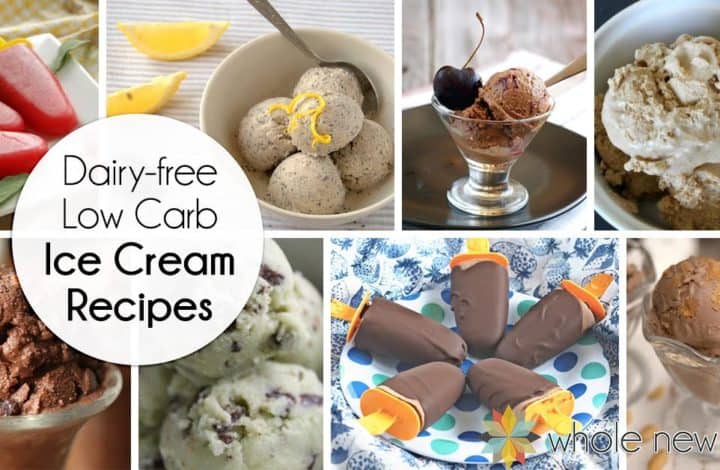